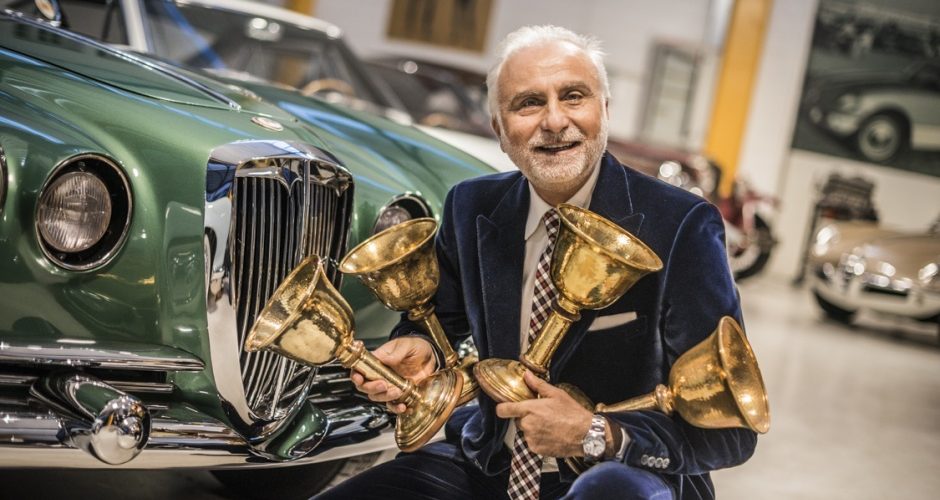 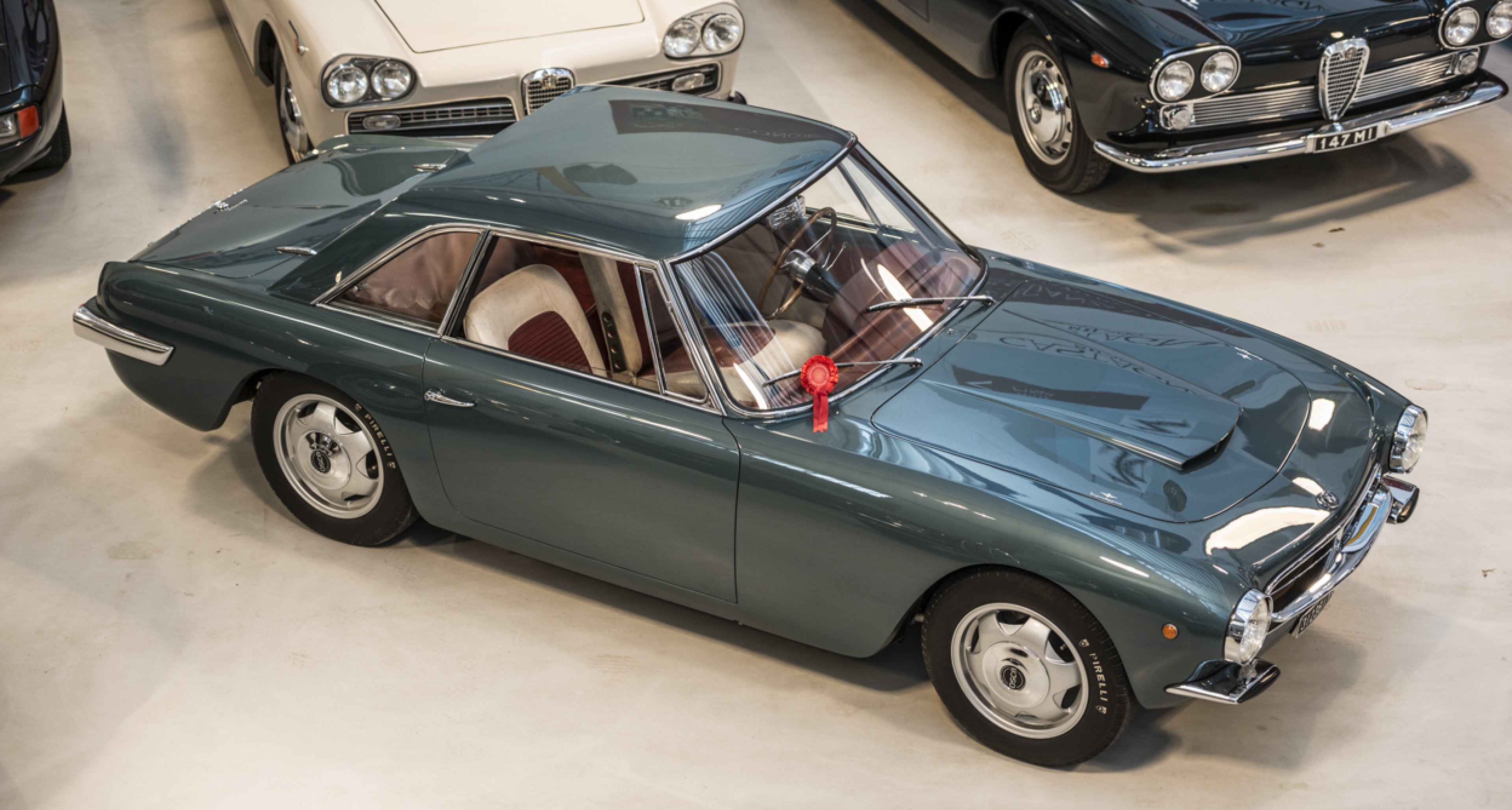 Lose yourself in the breathtaking collection of ‘golden boy’ Corrado Lopresto

Classic Driver was thrilled to meet the owner of one of the most famous, original and important car collections in the world – and a forthcoming star of Rétromobile 2015. We asked Corrado Lopresto about his personal passion for Italian automotive design… 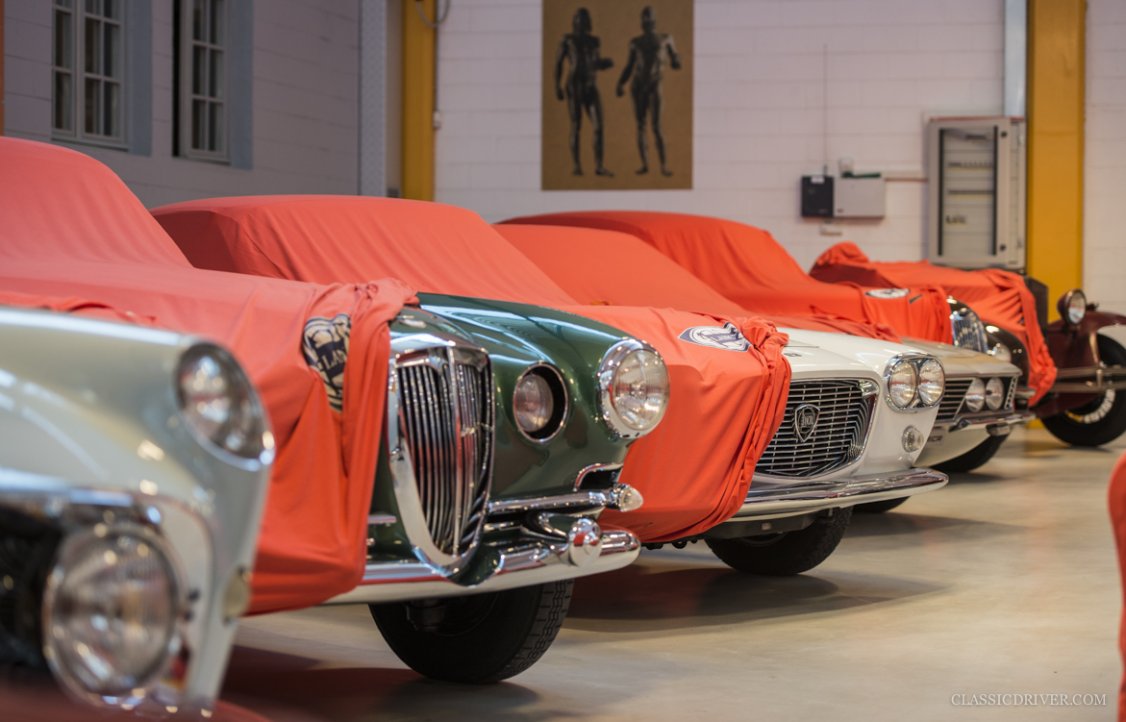 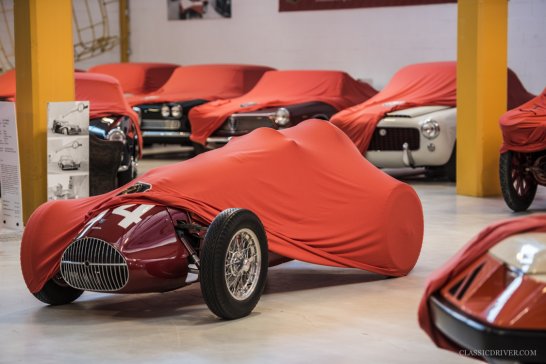 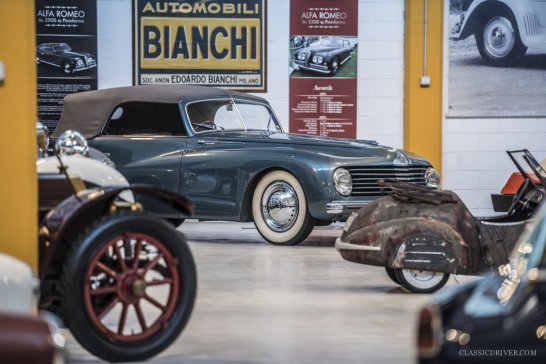 Think of Corrado Lopresto and you probably conjure up an image of an elegant Italian, strolling around Villa d’Este with his family; and of course there are his cars – more than 100 – winning prizes around the world. But there’s another side to the man – because after just a few minutes with Lopresto, walking around his collection and discussing things car-related, you discover a deeply passionate individual, always interested in potential new cars and one who wants to know every detail of the history of each special model. And, more importantly, you might be happily surprised to find what a good-natured gentleman he is: always laughing, always smiling, a man who genuinely wants to share his passion with you. 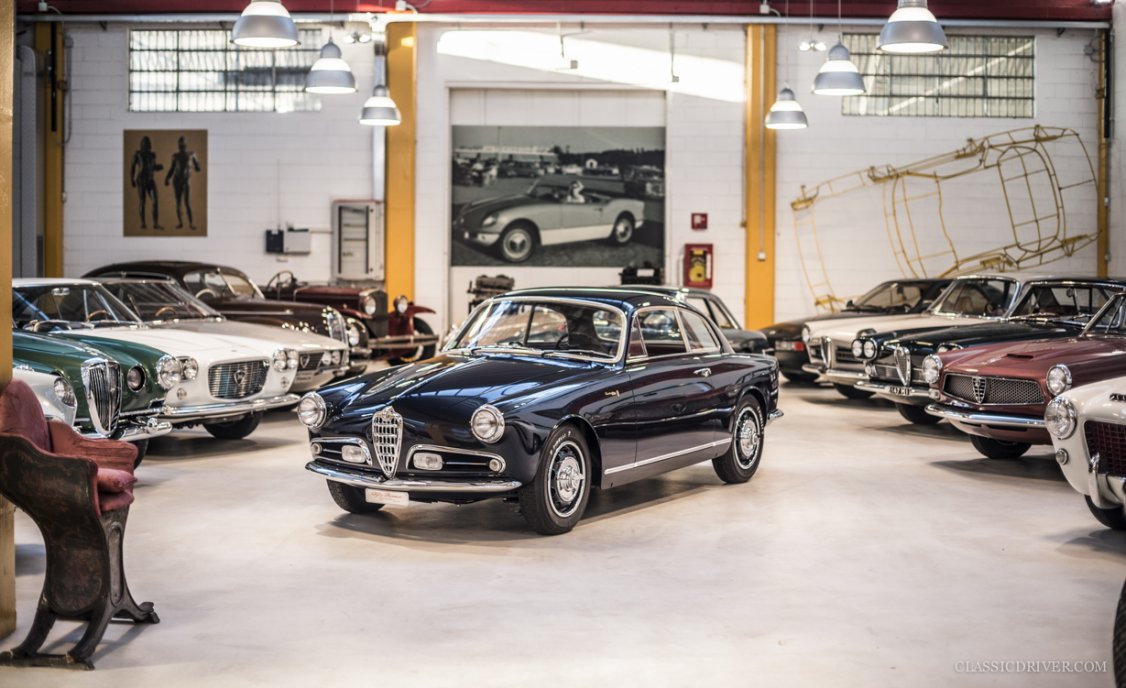 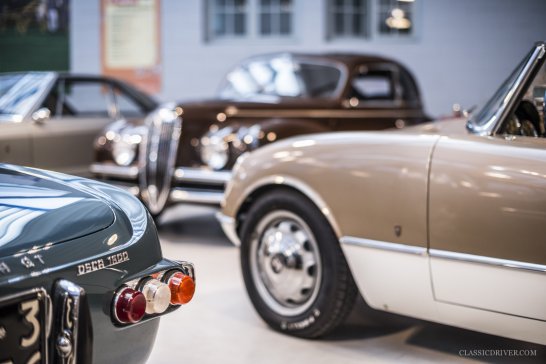 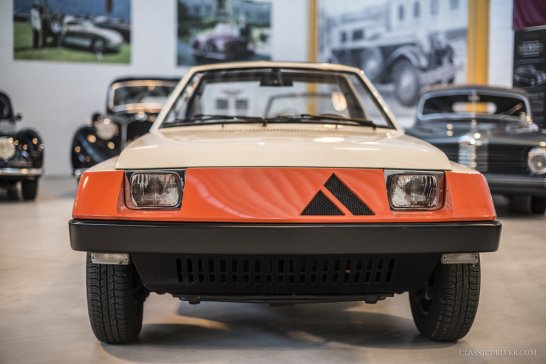 Following on from the showcasing of Peter Mullin’s collection in 2013, this year’s Rétromobile will honour Lopresto’s passion for Italian automobiles by displaying 12 of his cars. He is truly the ‘golden boy’ of the classic car world, not because of the monetary value of his collection, but because he is the only person to have won the Coppa d’Oro at Villa d’Este an incredible four times. 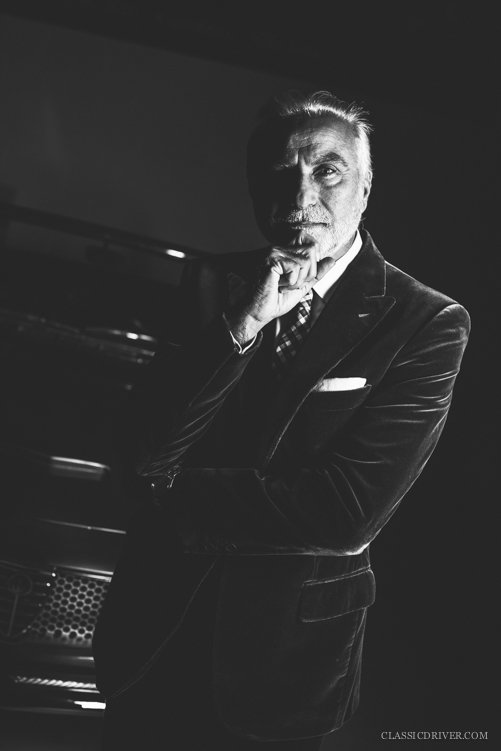 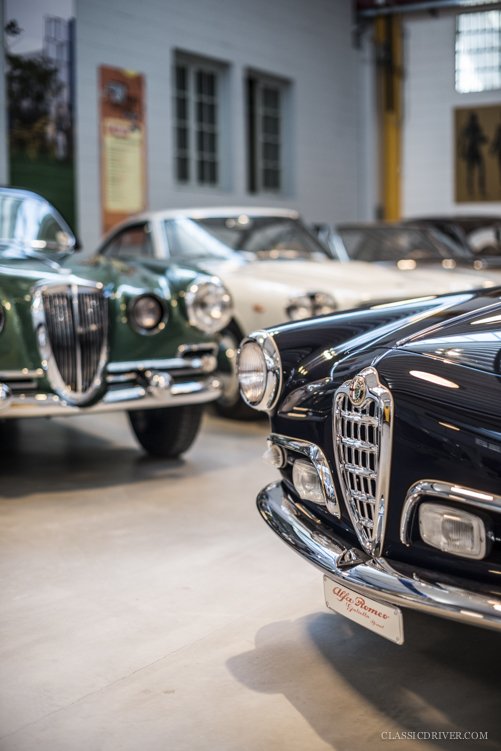 When I was a child, my parents had a large warehouse where some of our neighbours and friends stored their cars – mainly Lancias – and I remember some very nice models. I also remember that I went to school in my parents’ Lancia, an Aurelia Berlina with a leather interior, which was a really rare option at the time. And I remember the smell of the leather on the way to school. A more recent memory is from when I was 15. I had a 50cc moped and my brother had a Parilla that we restored together.

How did your passion for cars start?

When I was 18, I saved every coin I could spare to buy a car, as my father didn’t want to buy me one himself. Finally, I was able to afford a Fiat Balilla Lusso 3-speed to restore. The restoration took about a year, and was finished by the time I arrived in Milan as a student. There was only one thing left to do: the stripe along the sides. So I took the car to a paintshop and the proprietor showed me a book with all the available  stripes – and I chose one. He looked at me and essentially said, “Get lost, and leave me to work in peace. Are you crazy? You can’t possibly have these stripes on your car, it would be all wrong. Leave the car here and come back in two days.” What I didn’t know is that I had taken my car to a specialist: let us say THE specialist. In fact, the Lusso model had some special stripes and he knew it, and wanted to paint it 100% correct. 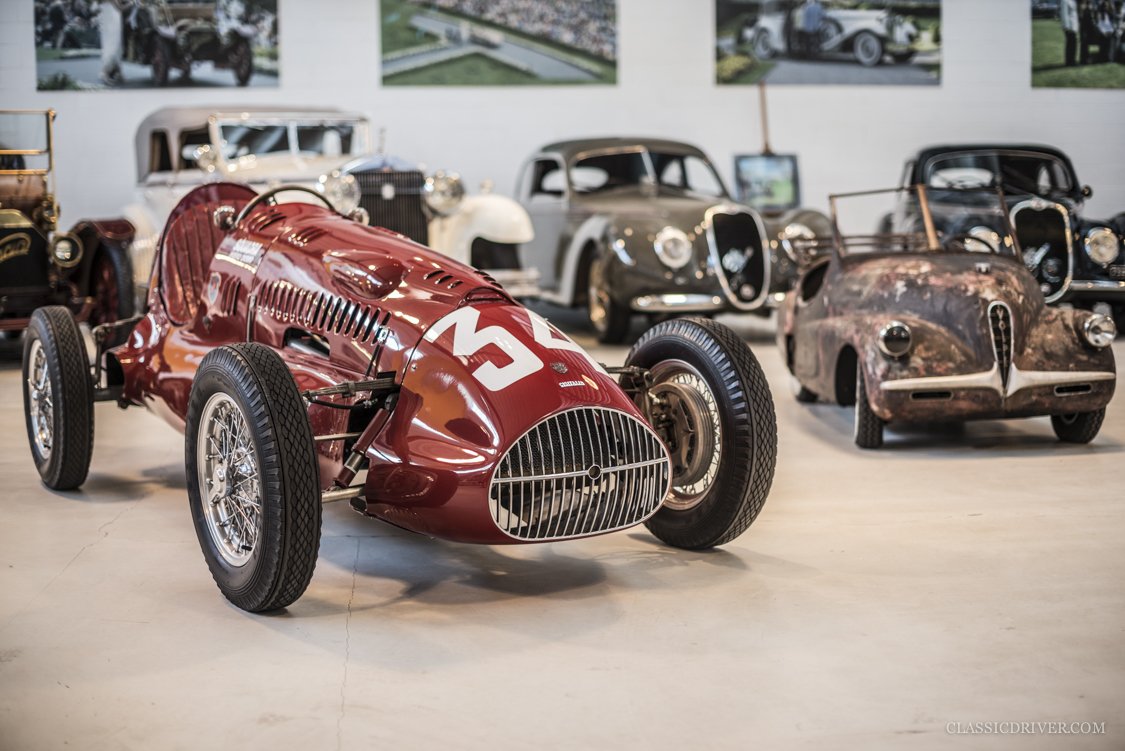 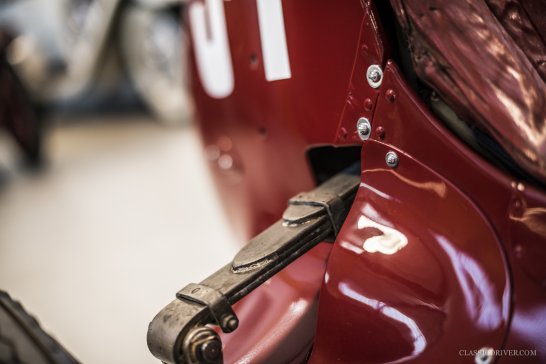 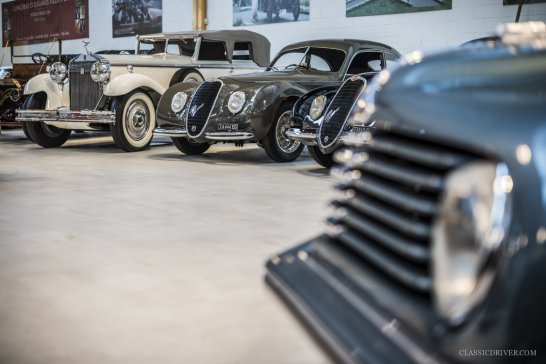 So this was really the start of your collection?

Yes, when I realised I had a special model, I felt I couldn’t sell it – and I still have that car. My second one was also very modest, as I didn’t have a lot of money. It was a LWB Fiat 1100 Ministeriale with fold-up seats in the rear, another restoration project. The Ministeriale cars were only produced in very small numbers.

And how did things progress after that?

The majority of my collection has been acquired through word of mouth. All my friends knew I was looking for Fiats, Lancias and Alfas – special ones, if possible. When they heard about one, they might tell me “this one is interesting: only one has been built” or “it’s a very special one, but in poor condition, so nobody wants it.” This is exactly what I wanted to hear: so that I could buy all these special and rare cars from junkyards, old garages, etc., sometimes for almost nothing. 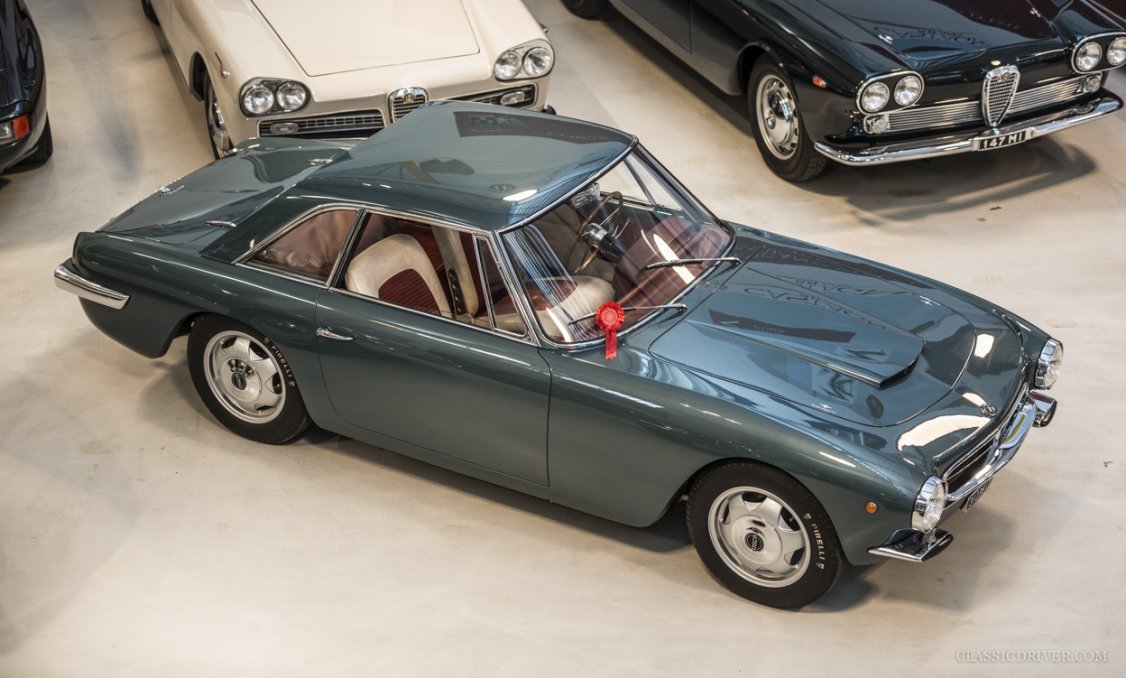 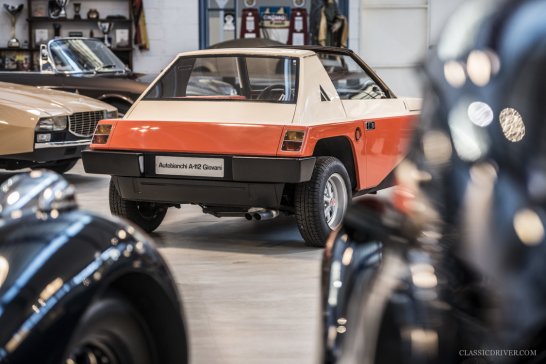 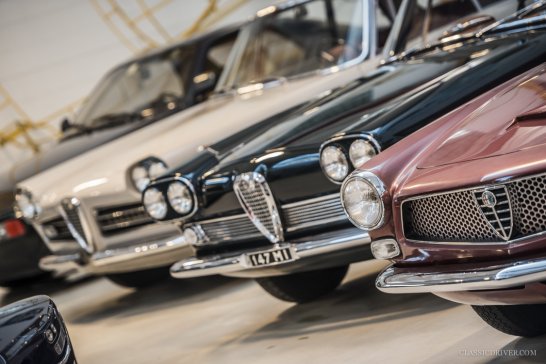 When did you buy/find most of your cars?

In the 1990s and 2000s. In fact, I took part in my first concours d’élégance in 2001 and people quickly understood my aims and philosophy, helping me to find other cars. Some owners only wanted me to buy their car, as they knew it would be in good hands – someone to preserve it.

What is your philosophy, exactly?

I’m an architect and I’m Italian, so I have a passion for Italian design and for the person behind each sketch, each drawing. Design is not only a question of shape, but also a question of human nature. 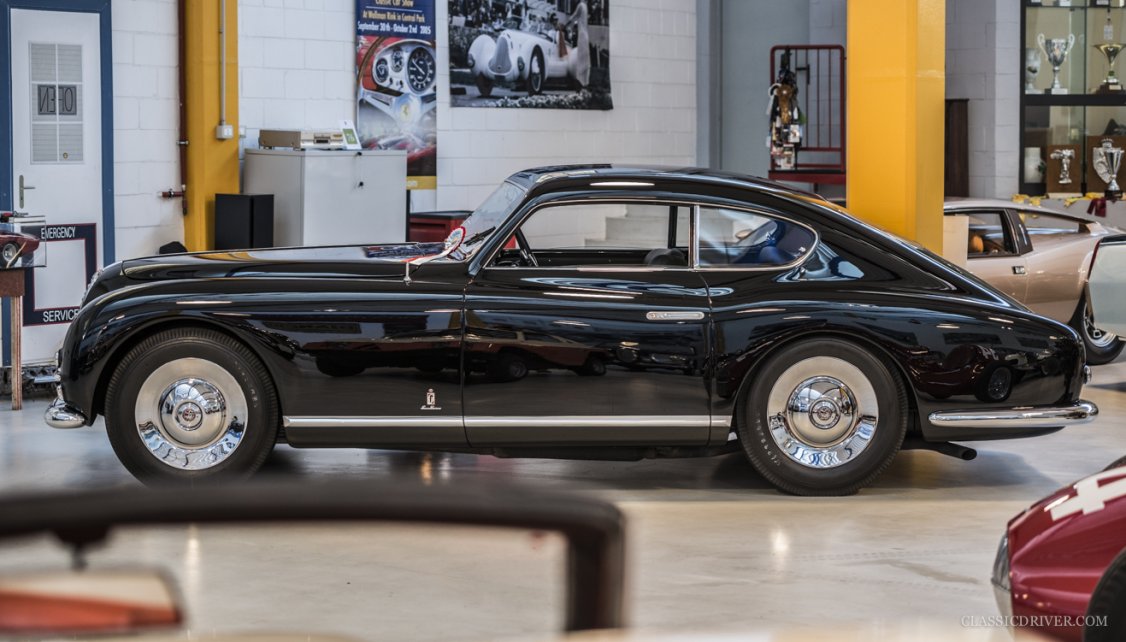 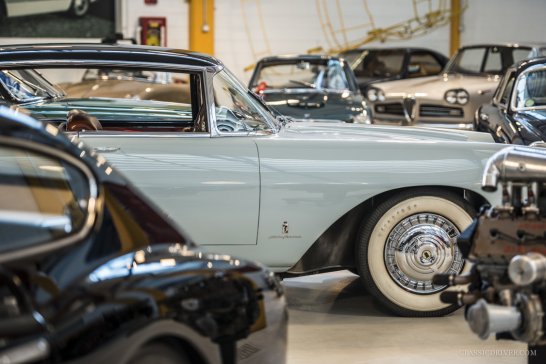 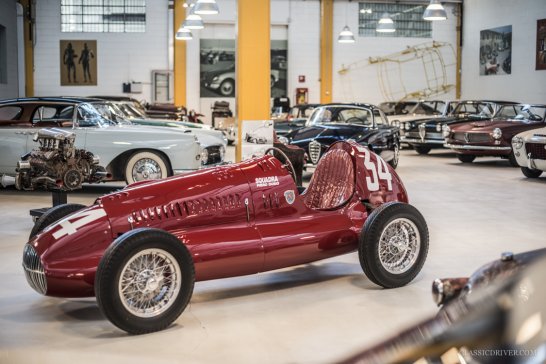 And do you prefer to find well-preserved cars or restoration projects?

Definitely well-preserved. Patina is something you so rarely find, something that can’t really be recreated. It’s a testament to the era, to the origin of each car. When I have to restore a car because of its condition, I do a great deal of research, trying to find as many period documents as possible to ensure the restoration is 100% period correct – just as the original designers intended it. And I try to save as many original components as possible, and restore only what is absolutely necessary.

Your collection is now built around three themes. What are they? 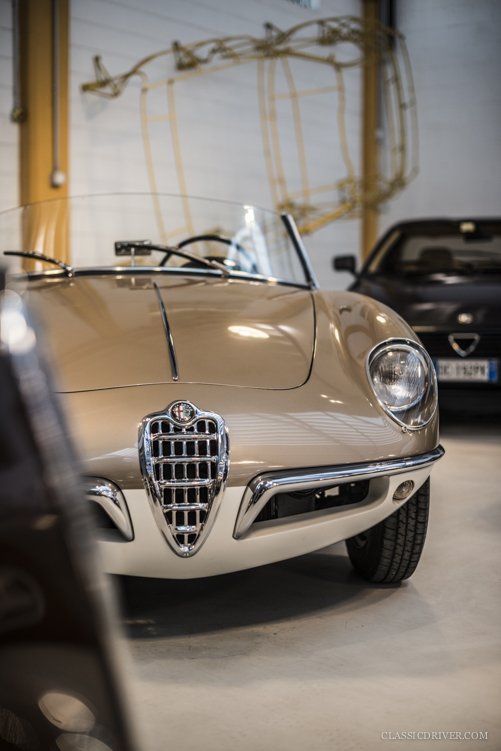 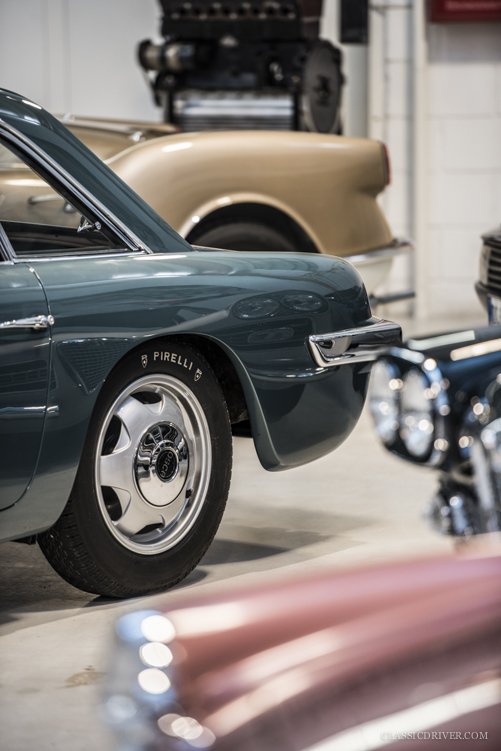 If there’s one prototype you’d choose to own, what would it be?

The Alfa Giulietta Spider Bertone Prototipo. It’s Franco Scaglione’s most beautiful design, five years before the height of his fame.

And if you had to choose one chassis n°1?

The Lancia Flaminia Berlina of Carlo Pesenti, who was the owner of Lancia between the Lancia family and Fiat. 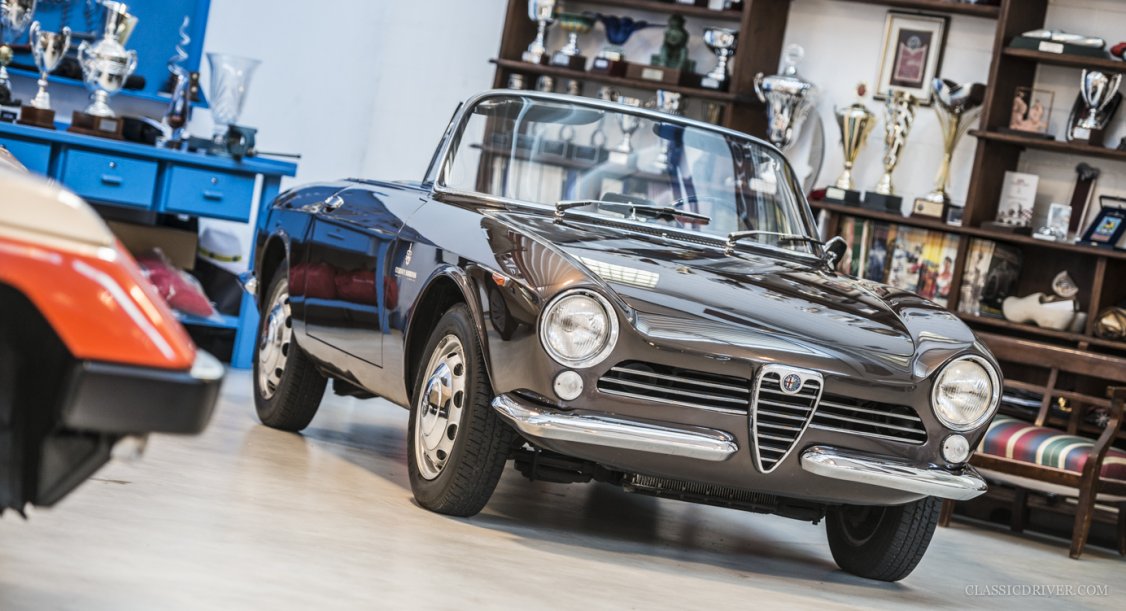 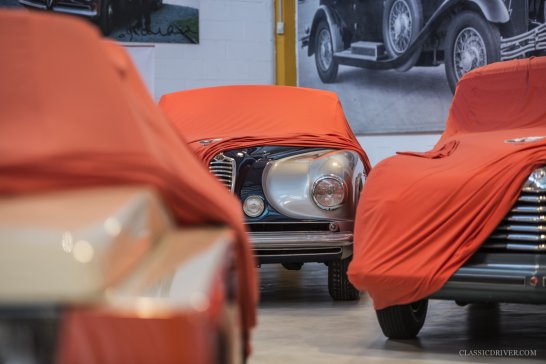 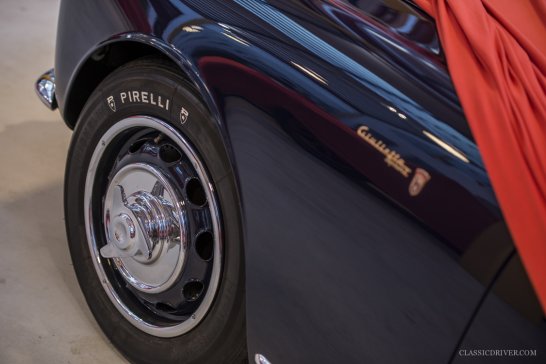 And now the same question for one coachbuilt car?

Do you have any regrets?

No, I never regret buying a car and never regret selling one, as I have never sold any car from my collection! 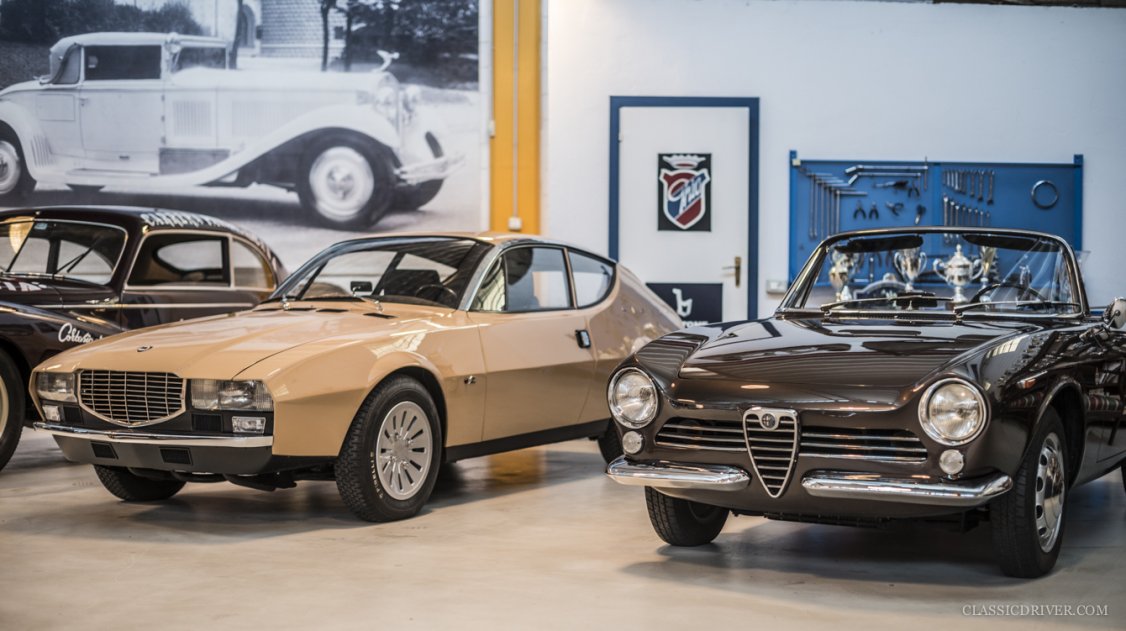 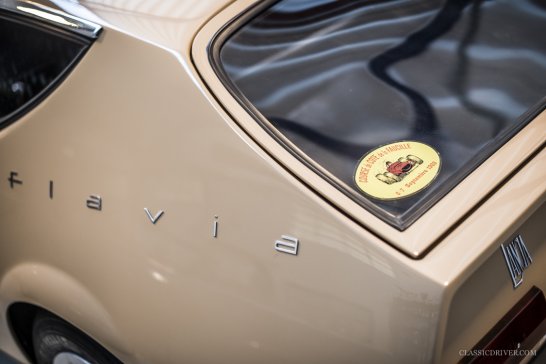 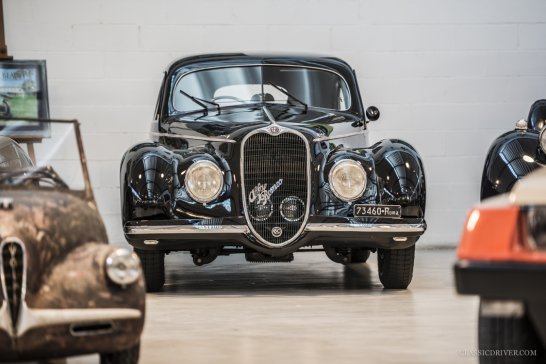 Do you have a dream? A car you don’t have in your collection?

Not really. I buy cars depending on opportunity and my finances. But I have to admit that I would love to see the two Lancia Aurelia Vignales of the Blackhawk Collection in my garage!

There’s no Ferrari or Maserati in your collection, yet they are Italian brands. Why?

I’m willing to pay for a shape, for a design, for the person who’s behind it. I don’t want to pay (much more) for the prestige of a particular marque. 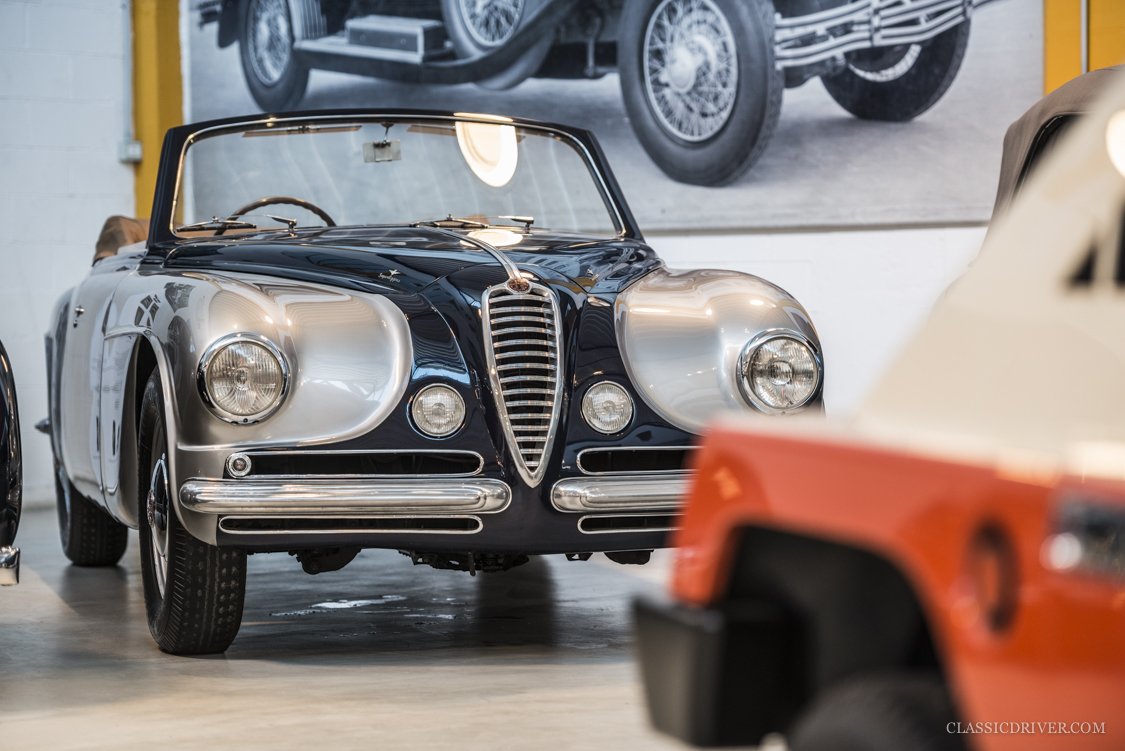 For you, who is the greatest designer of the 20th Century?

Mario Revelli di Beaumont, who worked for many coachbuilders, and created some striking designs.

We see your cars in many concours d’elegance. What is your philosophy regarding these concours?

It has been 15 years now that I’ve been presenting cars in concours d’elegance all over the world. My first concours was the Villa d’Este with my Alfa Romeo 6C 2500 Villa d’Este Cabriolet, and I won Best of Show. For me, each prize is recognition from a jury of connoisseurs and major players on the automotive scene, of the research work on each car, each project. I don’t want to be seen as pretentious, simply because I’m showing my cars and winning prizes. I just want to be considered as a preserver of Italian history, of the history of an Italian car.

The following 12 cars from Lopresto’s collection will be exhibited at Retromobile 2015 in Paris on 4-8 February: