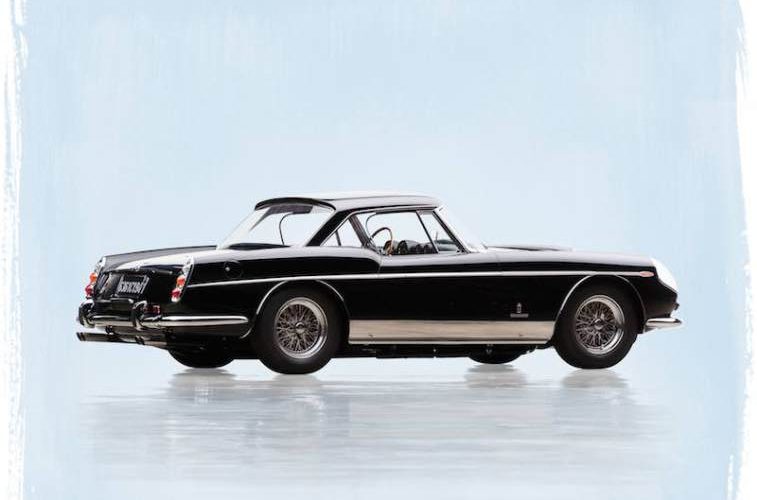 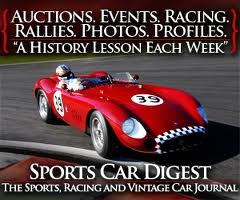 The RM Sotheby’s Andrews Collection auction will be staged May 2, 2015 in Fort Worth, Texas. The single-day, single-vendor sale will see a wonderful selection of 78 vehicles along with an assortment of memorabilia cross the auction block, all offered without reserve.
The Andrews Collection represents years of acquisition by lifelong enthusiast and successful entrepreneur, Paul Andrews, and his son Chris, an accomplished artist and businessman. Each car was selected based on the father-son team’s collecting philosophy, evident in the style, innovation and beauty of each lot. The Collection covers many facets of collecting, from a group of American classics and sports and GT cars, to a selection of hot rods and restored pickup trucks. It’s also a reflection of a father and son’s shared passion, their time spent together, and dedication to preserving automotive history.
“Without doubt, the Andrews Collection is one of the most unique and comprehensive collections we’ve ever had the privilege of offering,” says Ian Kelleher, Managing Director, RM Sotheby’s West Coast Division. “As a group, the collection provides a fantastic illustration of two generations of collectors coming together. It’s rare to see a father-son collection of this magnitude and is certainly a wonderful reflection of Paul and Chris’ shared passions and of time spent together. The Andrews Collection sale has attracted tremendous pre-sale interest, which we expect will translate into spirited bidding come auction day.”
Leading the impressive roster of automobiles on offer is a 1962 Ferrari 400 Superamerica SWB Cabriolet by Pininfarina, chassis number 3309 SA. This covered headlight 400 Superamerica SWB Cabriolet is the last of seven examples bodied by Pininfarina and was displayed as a factory show car at the Geneva and New York Auto Shows in 1962. It was raced in the early 1960s by its original owner at the Bonneville Salt Flats, a rare sight at the domain of hot rodders and American racerss. Chassis 3309 SA has been restored and Ferrari Classiche certified (Est. $7,000,000 – $8,500,000).

Other sports and GT cars offered at RM’s 2015 Andrews Collection sale include:

Racing cars also feature prominently in the Paul and Chris Andrews Collection, including a 1962 Shelby 289 Competition Cobra, chassis CSX 2011, (Est. $2,200,000 – $2,600,000). This authentic and well-preserved Shelby was the first racing-specification Cobra sold to the public. Following its first few competitive outings under its original owner John A. Everly in Nassau, Bahamas in 1962 and ’63, the Cobra was sold to Ron West of Dallas, who returned the car to the track in a number of SCCA events with success. West owned the car for nearly four decades before it eventually passed on to the Andrews Collection, where it has seen frequent use on vintage rallies.
Other competition cars offered at the Andrews Collection sale:

The American Classics offered at the RM Sotheby’s Andrews Collection auction include many examples that have never been offered at public auction. Featured highlights include:

Kelleher added, “From the trio of 1934 Packard Twelves, to one of the best Duesenbergs on the planet, the quality of the American Classics in the Andrews Collection cannot be overlooked. With many examples coming to public auction for the first time, it’s hard to qualify the impact they are going to have, but we expect the results will reinforce the importance of special, one-off, coachbuilt American Classics.” The Andrews collection also features an array of hot rods and customs, led by a 1932 Ford Lakes Roadster Custom by Khougaz, chassis 18-155453, (Est. $300,000 – $375,000). Known as the ‘Khoughaz Lakes Roadster’, this multi award-winning car boasts a provenance that saw it clock 141.95 mph at El Mirage Dry Lake in 1949. It later went into long-term storage for over 40 years, before undergoing a comprehensive restoration and ultimately returning to the track, driven in such notable events as the Colorado Grand, the California Mille and the Monterey Historics.
Additional hot rods and customs include:

In addition to the automobiles on offer, the Andrews Collection includes an array of memorabilia, ranging from numerous child and pedal cars, through to models, mechanical musical instruments, well-preserved neon signs and a fully functional Ferrari Engine Dynamometer. Select highlights include:

The RM Sotheby’s Andrews Collection auction will be held May 2, 2015 in Fort Worth, Texas. For those unable to attend the event in person, RM Sotheby’s offers a range of remote bidding options, including absentee, Internet, and telephone bidding, and the auction will stream live at www.rmauctions.com.